And they said it was Bush's fault and Bush's deficit

The Washington Post babbled again today about Obama inheriting a huge deficit from Bush. Amazingly enough, a lot of people swallow this nonsense. So once more, a short civics lesson.

Budgets do not come from the White House. They come from Congress and the party that controlled Congress since January 2007 is the Democratic Party.

I must share this and if we, all like minded folks, were to be like this to one another, then we could overcome those that want to run over us.  May 25th my son had my car in Mandarin, it broke down and was pushed into the Mandarin Senior Citizens Center.  After trying for about 2 1/2 hrs to jump it off, we decided at 9:30 p.m. to leave it there until the next day when we could get a new battery.  When we got back the next day at around 5:15, it was gone.  Called the… Continue

Will we ever have a Town Hall again?

Hey Tea Party!!  Aren't we supposed to be holding our elected officials accountable?  I have tried calling the offices of my elected officials in DC, but am continuously told there are no town halls scheduled.  How many vacations, or recesses, has congress had since the 2010 election?  Maybe I didn't know about it, but how many town halls have we had in this area since the 2010 election cycle? 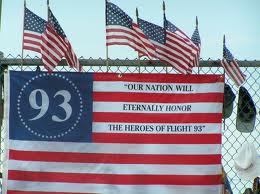 On September 11, 2001, America was attacked by evil men who hated what we stood for.  And what do we stand for?

We stand for Freedom.

As suggested I attended the City Council meeting on ETHICS?? -I was shocked to learn that           this commission has been in the works for some time--The shock was that it would take thi…

As suggested I attended the City Council meeting on ETHICS?? -I was shocked to learn that

time to determine what the commission would do. The time I spent was a complete waste  as are

all so called public input meetings.No one is listening or gives two hoots in hell as to what the citizens

who the council consider boobs-are…

Sounds like the same old City Council that brought us that nice 9% tax increase. The city has no money for the things we REALLY need but money for everthing else. Banks are no help to anyone except p…

Sounds like the same old City Council that brought us that nice 9% tax increase. The city has no money for the things we REALLY need but money for everthing else. Banks are no help to anyone except people that don't need them or the people that have painted themselves in a corner and need a mortgage loan modification. If you have acted resposibly and have good credit try and get one. Banks handle their business badly and get bailed out. You and I handle our business properly and get the shaft.… Continue

Frank Denton and the Times Union

Last week I wrote an email to the managing editor of the Florida Times-Union, Frank Denton, daring him to allow Billie to become a weekly columnist with the newspaper.  I told him that if they are going to continually bash Billie and all things FCTP, they should at least be willing to give her equal time.  I told him that I would share his reply with my fellow tea-partiers.  Notice that he mentions national conservative columnists (that has nothing to do with the local bashing of the T-U of…

Our new President is out there somewhere

My husband and I lived in Houston, Texas during the oil crisis in the late 70's and early 80’s.  We were a young married couple living the good life.  We had just purchased our first home and our first baby was on her way.

We finally had enough money to also purchase a second car.  We were excited and looked forward to a new chapter in our marriage.  We had been married…

Our outgoing Mayor has proposed to the tune of over $6 million of our tax dollars that we the taxpayers buy Everbank's relocation of 800 employees to one of Downtown's vacant highrises. The funds of which $2.75 million goes directly into Everbank's hands to pay for quote "leasing costs" come from JEDC. When JEDC was founded, (1996 I believe) it was specifically stated that these funds would not be used to attract companies to relocate from one section of Jacksonville to another. I work… Good morning First Coast Tea Party members and supporters.  Today is a great day for the tea party movement.  We’re bringing you sunshine in a world that seems to have lost its way.

We have recently come off a very “taxing” local mayoral and city council races.  We worked side by side with our members to help our candidates in their campaigns.  We…

Have Some Fun With a Congressman

If you want to have some fun call Congressman Corinne Brown's D.C. office (202) 225-0123 and ask  why drug testing welfare recipients amounts to "an extreme and illegal invasion of personal privacy," but the actions of TSA are not.

Yesterday Gov. Scott signed into law the requirement that welfare recipients undergo drug testing to receive government funds.  The usual suspects, including the ACLU, have come out in opposition and vow to challenge the law in court.  I don't usually offer political advice to Democrats but I will in this instance.

Instead of their knee jerk opposition to the law, Democrats should come out and say that the new law does not go far enough and that no one who…