"When you look at the world today,

What is your point of view?"…… 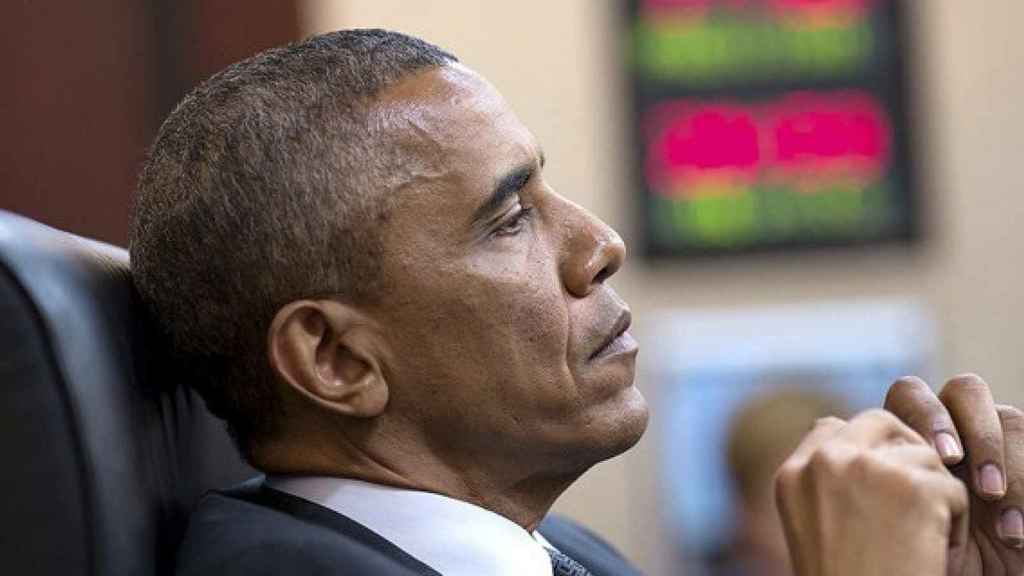 Former President Obama is waging war against the Trump administration through his generously funded agitation outfit, Organizing for Action, to defend his monumentally destructive record of failure and violent polarization.

It is a chilling reminder that the increasingly aggressive, in-your-face Left in this country is on the march.

Obama has an army of agitators — numbering more than 30,000 — who will fight his Republican successor at every turn of his historic presidency. And Obama will command them from a bunker less than two miles from the White House.

In what’s shaping up to be a highly unusual post-presidency, Obama isn’t just staying behind in Washington. He’s working behind the scenes to set up what will effectively be a shadow government to not only protect his threatened legacy, but to sabotage the incoming administration and its popular “America First” agenda.

What is Organizing for Action? It is a less violent version of Mussolini's black shirts and Hitler's brown shirts, or of the government-supported goon squads that Venezuela's Hugo Chavez and Cuba's Castro brothers used to harass and intimidate their domestic opponents.

OfA isn't, strictly speaking, a new group. After the 2008 election, the group, then known as Organizing for America, was a phony grassroots campaign run by the Democratic National Committee that sought to replicate the community organizing techniques Obama learned from the teachings of his fellow Chicagoan, Saul Alinsky. OfA was created in large part because the White House could not legally use the 13 million e-mail addresses that the Obama campaign compiled in 2008.

Former U.S. Rep. Bob Edgar (D-Penn.), sounded the alarm about OfA in 2013, suggesting the group was dangerous to democracy. "If President Obama is serious about his often-expressed desire to rein in big money in politics, he should shut down Organizing for Action and disavow any plan to schedule regular meetings with its major donors," he said as president of the left-wing group Common Cause. "Access to the President should never be for sale."

"With its reported promise of quarterly presidential meetings for donors and 'bundlers' who raise $500,000, Organizing For Action apparently intends to extend and deepen the pay-to-play Washington culture that Barack Obama came to prominence pledging to end," Edgar said. "The White House's suggestion this week that this group will somehow be independent is laughable."

But Edgar’s admonitions were ignored and since then Organizing for Action has thrived and grown rich, just like the Obamas.

As FrontPage previously reported, Obama has rented a $5.3 million, 8,200-square-foot, walled mansion in Washington’s Embassy Row that he is using to command his community organizing cadres. Michelle Obama will join the former president there as will the Obama Foundation. To stay on track, Obama wants his former labor secretary, Tom Perez, to win the chairmanship of the DNC in a party election later this month. “It’s time to organize and fight, said Perez who appears to be gaining on frontrunner and jihadist Rep. Keith Ellison (D-Minn.). “We must stand up to protect President Obama’s accomplishments,” adding, “We’re going to build the strongest grassroots organizing force this country has ever seen.”

No ex-president has ever done this before, sticking around the nation’s capital to vex and undermine his successor. Of course, Obama is unlike any president the United States has ever had. Even failed, self-righteous presidents like Jimmy Carter, who has occasionally taken shots at his successors, didn’t stay behind in Washington to obstruct and disrupt the new administration.

Organizing for Action, a 501(c)(4) nonprofit that doesn’t have to disclose its donors, is at the head of Obama’s network of left-wing nonprofit groups. OfA, Sperry warns, has “a growing war chest and more than 250 offices across the country.”

On its website, the group claims that there are “5 million Americans who’ve taken action” with OfA, and that those individuals “are part of a long line of people who stand up and take on the big fights for social justice, basic fairness, equal rights, and expanding opportunity.” Among its key issues are “turning up the heat on climate change deniers,” comprehensive immigration reform (which includes mass amnesty), “telling the stories of the millions who are seeing the life-saving benefits of Obamacare,” fighting for “a woman’s health care” which is “a basic right,” and redistributing wealth from those who earned it to those who didn’t.

OfA communications director Jesse Lehrich told Memphis-based WREG that the “grassroots energy that’s out there right now is palpable.” The group is “constantly hearing from volunteers who are excited to report about events they’re organizing around and all of the new people that want to get involved.”

Organizing for Action is drowning in money, by nonprofit standards.

OfA also runs a project called the Community Organizing Institute (COI) which it says partners “with progressive groups and organizations to educate, engage, and collaborate.”

Building upon the rich history of community organizing in Chicago, the COI is a place to share stories, best practices, and innovations in order to build our community and empower individuals in the fight for change. It is a shared space for organizers, policy makers, advocates, and change-agents to come together for workshops, panel discussions, presentations, trainings, film screenings, and social gatherings—building a strong foundation for partnerships.

Translation: at COI you can learn how to spark riots, get arrested to make a political statement, organize lynch mobs and voter fraud on a massive scale, intimidate and shake down corporations, blackmail lenders, race-bait public officials and businesses into submission, smear and terrorize your opponents, shield illegal aliens from law enforcement, lead squatters to invade foreclosed homes, encourage welfare fraud, and use tax dollars to promote cockamamie social-engineering schemes.

“It is fine for everybody to feel stressed, sad, discouraged,” Obama said in a post-election conference call from the White House. “But get over it.” Progressives have to “move forward to protect what we’ve accomplished.”

“Now is the time for some organizing,” he said. “So don’t mope.”

Organizing for Action has been doing anything but moping.

Obama praised the airport rabble-rousers, saying through a spokesman he was "heartened by the level of engagement taking place in communities around the country."

"Citizens exercising their Constitutional right to assemble, organize and have their voices heard by the elected officials is exactly what we expect to see when American values are at stake."

Reinforcements are coming to beef up Organizing for Action’s position, Sperry adds.

OfA will be soon aided by “the National Democratic Redistricting Committee, launched last month by Obama pal Eric Holder to end what he and Obama call GOP ‘gerrymandering’ of congressional districts.”

And more unruly protests, rioting, and violent attacks on Trump supporters will follow.

WE HAVE RECENTLY STARTED HEARING ABOUT "Indivisible Groups"

After a little research the following links shed some light on what these groups are.

The following link is most interesting and disturbing. Simply key in your zip code and read about the events in your area.

SIMPLY GOOGLE "RESISTANCE"   IT IS RIGHT OUT IN THE OPEN

This article appeared this morning from the Times Union.

Please don’t take these folks lightly.  Make sure you encourage everyone to stop by a US House Rep and Senators district office to thank them, be respectful and drop off a letter urging them to take action on our issues.  Keep up the calls, emails and tweets.

Please see a lengthy article from the left leaning Jacksonville Times Union about the protests.  http://jacksonville.com/news/2017-02-19/month-trump-presidency-loca...

The activist group Indivisible is planning a protest Feb 23 (Thu) 12:00pm outside of Congressman Rutherford's District Office . 4130 Salisbury Road Jacksonville FL 32216  They try to make it seem Republican's are angry at our President! Fight back!

The St. Augustine Tea Party (SATP) has been spreading the word about the Indivisible Groups. One particularly successful group is Indivisible St. Johns. They had a march on January 21, 2017, with an estimated 1500 participants. This is similar to the original Tea Party rally of 2009. The St. Augustine Record reported that one of the organizers was Terry Buckenmeyer. Buckenmeyer was also an organizer for the Occupy St. Augustine group in 2011. This organizer has a 40 year association with the Industrial Workers of the World. The IWW has an association with the Communists dating back to 1905. Indivisible groups are holding activist training classes. Much like “Americans for Prosperity” trained early Tea Party members in 2009 and 2010. The difference in St. Augustine is that the training took place at the headquarters of the St. Augustine Record. Their instructor was Tia Mitchell a Bureau chief for the Times Union. It appears these two newspapers are in the business of community organizing.

Can objective journalism exist in a Community Organizing environment? Can you write an article, pretending to be objective and at the same time be training the very people that you’re writing about for political activism? Clearly, The St. Augustine Record and the Times Union have a serious journalistic ethics problem. Based on the reaction of Buckenmeyer and Mitchell, they are not happy with the publicity. Check out www.historiccitynews.com  under editorials. The full story is available at www.staugtea.com 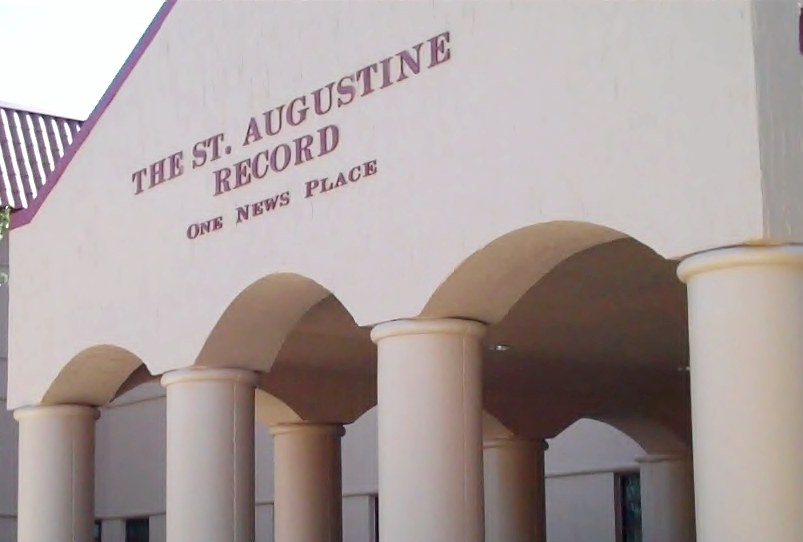 Jeanne.  Here is the link to the twitter page..  https://twitter.com/FCTeaParty

It has not been used in a long time so if there is a problem with it let me know.. We have not had anyone to handle the twitter page for us thus you will see it has been sitting idol.. If you know of someone who would like to manage it for us please let me know..  Think we all need a twitter lesson.

Enter your zip code to see events/news from your area.

Bravo to our Morning Tea coordinator.  A comprehensive view of what is going on around us.  Thanks for the Monday morning education via the FCTP communications!