The inspiration started on February 19, 2009 when Rick Santelli ranted (in part) on the floor of the Chicago Mercantile Exchange; “Our government is promoting bad behavior!  Are we going to reward people “carrying the water or those that are drinking the water?”

By February 26th of that year, word was out that groups were going to rally in cities around the U.S. on February 27th.  While big cities were doing their planning, a “spark” had ignited here in NE Florida.  Within 24 hours our greater community (a committee of 3, local businesses, a videographer and patriots of all ages) came together.  Ordinary people showed up at the Jacksonville Landing to share in this historical response to the rant that “shook the county.”

At “High Noon” on February 27th, 79 people from all walks of life came together at the Jacksonville Landing for what would be the birth of the tea party movement in NE Florida.  Dr. James Nealis was the speaker for this historical occasion as patriots saw the opportunity to stand together and initiate what has come to be known as the grassroots movement of the tea party here on the First Coast.

Here we are 8 years later……………patriots have taken up the causes that mean the most to them and realize that they have a voice that can and should be heard by our elected leaders.  They joined forces as an outgrowth of that initial rally on February 27th with the formation of the First Coast Tea Party.  These tea party patriots are all volunteers.  They are not privately funded by a group, they don’t operate from a “playbook/manual,” they are everyday Americans that continue to work towards “reclaiming America.” They participate in the effort to promote a strong America that protects and preserves opportunities for future generations.

GRASSROOTS AT ITS FINEST!

The Communist Left is ever evolving from one form to another, from one cause to another. The latest of these Communist organized groups to emerge in St. Augustine, Florida, is the “Indivisible St Johns. The Indivisible St. Johns organization claims that it is following a pattern the Tea Party used in 2009 and is using a publication entitled “Indivisible Guide” to aid their members. https://www.indivisibleguide.com/web

The publication makes some assumptions about the Tea Party that are absurd. The guide claims that the Tea Party stopped Obama by influencing members of Congress. The Tea Party got some people elected, but they did not stop Obama. The Congress continued to provide the funds for his agenda up to and including Obama’s last day in the White House. And, this was with the GOP’s cooperation. According to the guide the Tea Parties promoted their activities by threatening anyone they considered an enemy, physically assaulted and spat on staff, shouted obscenities and burned people in effigy. These will be future behavioral tactics for the Indivisible. The Communist Left always projects themselves on their enemies. Perhaps it justifies their behavior as seen in the anti Trump riots and the Black Lives Matter riots across the country.

On January 21, 2017, the Indivisibles staged a successful march in the historic district of St. Augustine, Florida. About 1500 participated in the march. Covering the event, The St. Augustine Record was in rapture with the so-called grassroots organization that marched under the banner, “Unity of Community”. The stories that appeared after President Trump’s inauguration were almost identical to the stories that appeared regarding the “Occupy St. Augustine” movement. The Record’s coverage in November 2011 was nearly identical in tone and description. They were overwhelmed by the grassroots organization being formed by Flagler College students, members of their faculty and others. In both 2011 and 2017, The Record reported that the grassroots organizations were organized by Terry Buckenmeyer. Terry Buckenmeyer and friends have a history of organizing left-wing protests and demonstrations in the St. Augustine area.
Photos by TCCR Staff

The St. Augustine Tea Party’s Town Crier Committee took on the Occupiers for a three month period. They did not relent until the Occupiers were vanquished. The Town Criers were threatened with violence in 2011. In 2017, Doug Russo, a Tea Party member was assaulted at the recent Indivisible march. The police gave assistance to Mr. Russo and a report was filed. The Record’s articles painted a tolerant, loving, embracing event. Witnesses report otherwise.

The Local Print Media are engaging in Community Organizing Activities
The Times Union and the St. Augustine Record are Involved 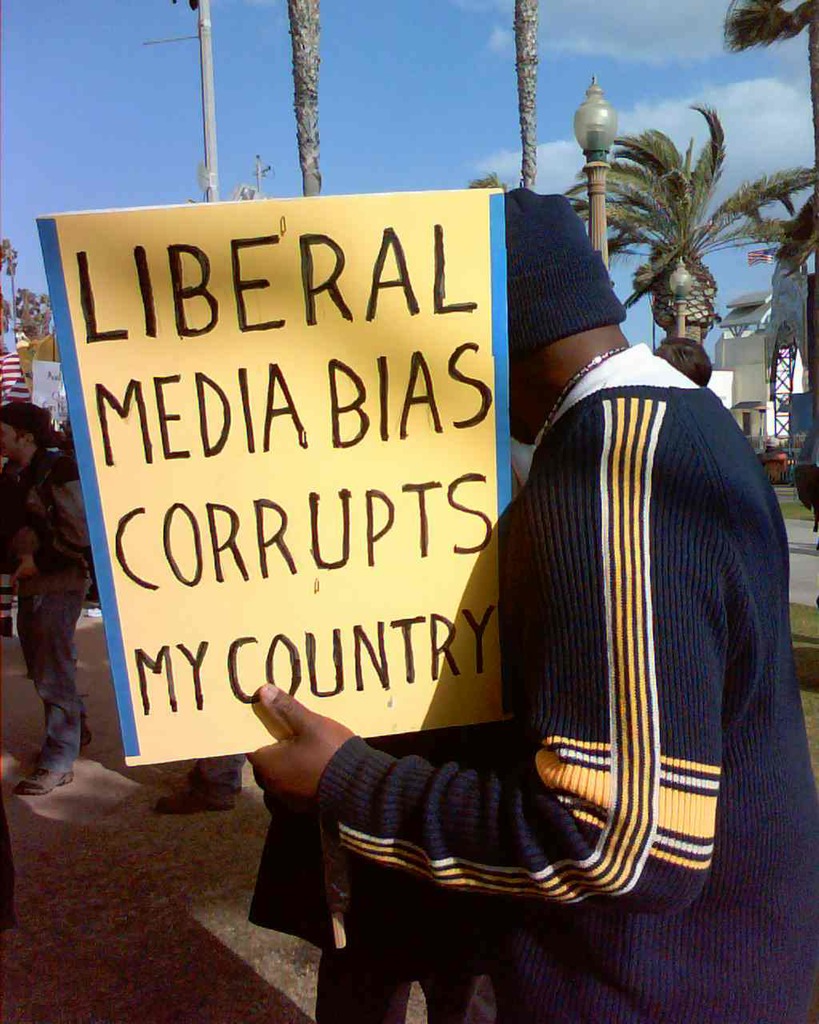 An Indivisible meeting was held on the February 10th at One News Place, St. Augustine, Florida. The featured speaker was Tia Mitchell.

Ms. Mitchell is the State House Bureau Chief for the Florida Times Union. The purpose was to train Indivisible members to be more politically expedient.
Tia Mitchell Times Union Photo 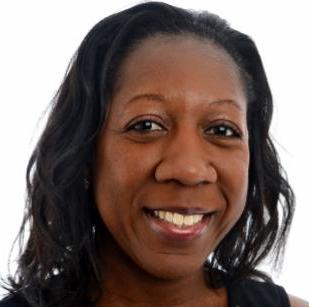 In the early days of the real Tea Party, “Americans for Prosperity”, conducted seminars on political activism. The Indivisible people are doing the same thing. What is interesting in St. Augustine, is that the local print media is engaging in Community Organizing activities. The meeting was conducted at The Record’s headquarters building. The speaker was an employee of the Florida Times Union. The Florida Times Union and the St. Augustine Record are controlled by the same corporate identity, Morris Communications.

The question is: Can objective journalism exist in a Community Organizing environment? Can you write an article, pretending to be objective and at the same time be training the very people that you’re writing about for political activism? Clearly, The St. Augustine Record and the Times Union have a serious journalistic ethics problem. They aided the Occupiers in St. Augustine in 2011 and, now, they are 'schooling' the Indivisible group in their own office building. And, they hide from their readers the fact that the “Indivisible” group is just another Communist front organization.

The Record has promoted an event, organized by Marxists activists, and then served it to the public in the fashion of the progressive’s proverbial “Wolf in Sheep’s Clothing”.
One can only wonder how far up the chain of command in the Morris Communications organization this Community Organizing activity goes. 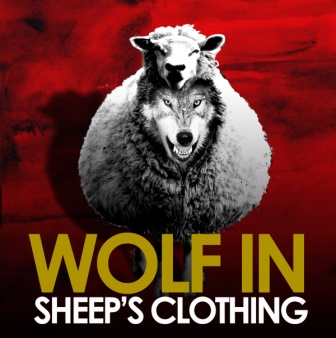 "I think what the Tea Party movement is - I'm all for it; they're out there fighting for our rights, fighting for what our forefathers stood for."

Indivisible: When the media and Government become one.

This site, https://www.indivisibleguide.com/groups-nav, lets you enter a zip code which will show where "Indivisible" is planning to hold protests. This is useful info. Last week I saw they were planning to meet outside of Rep., Rutherford's office so I alerted his staff. Presently they don't seem to have anything scheduled in Jax.

Great article!  Another way of saying this is that we were hard working average Americans who did not disrupt the public, did not damage anything and paid for our own expenses. These new groups are simply professional paid agitators and anarchists who are funded by George Soros and  Obama's political organization with the sole purpose of stopping Trump's agenda.

It is time to call a spade a spade. They need to be called the ENEMIES WITHIN. These enemies include the liberal media, all democrats, the Republican establishment and even some "conservative" commentators who take great pride in attacking Trump whenever he does not speak or act according to their definition of perfection or conservatism. I wish they had attacked Obama the way they are attacking Trump now. For 8 years former President GW Bush said not a word about Obama, failed to endorse Trump and now finds any excuse to directly or indirectly criticize Trump, shame on the Bush family, McCain, Rubio, Kasich and others for acting like Democrats.

At the right time and the sooner the better Trump needs to get rid of McConnell and Ryan. They are part of the ENEMIES WITHIN.

We MUST ATTACK THE ENEMIES now that they are down, and continue the attack until they are completely destroyed. I did not vote for Trump to get along with Democrats. I voted for Trump to DEFEAT THE DEMOCRATS AND THE REPUBLICAN ESTABLISHMENT.

We were scorned by the left and the media.  Interesting that they have the backing of the media.  We were and remain a true grassroots movement.  BIG difference.

Did we have help or direction "from above"?  I don't think so.  Other than getting help from God, the national groups had nothing to do with the local groups.  Haven't had time to read the entire paper, but I can see similarities in their wants.  The difference in our Town Hall disruptions, was that Tea Party Groups asked legitimate questions to get answers and call out our representatives. We didn't act out, just to disrupt.  BIG difference!  Interesting that they saw us as so successful they want to mirror what we did.  They don't have the same moral compass, so all they will be is disruptive in my view.