From My Point of View

Will you sit in silence as outside influences seek to change our city or will you get involved?

Jacksonville is in the national news because there is a battle between gay rights groups and Christian conservatives in the city. Gay rights activists are trying to persuade the City Council to expand an existing Human Rights Ordinance to allow transgender men and women to use the bathroom of their preference. Whereas Christian conservatives raise issues of religious freedom and do not want male predators in women’s bathrooms.

Activists picked Jacksonville since it is the largest city in the nation and they want to gain momentum to achieve their ultimate goal: to win sweeping legal protections for gay, lesbian, bisexual and transgender people by amending the Civil Rights Act of 1964.

As reported by The New York Times, gay activist groups have been pouring tens of thousands of dollars in Jacksonville trying to get candidates elected who will support their agenda.

Christian conservatives want to expand their win beyond Houston, Texas where they were able to successfully roll back an existing ordinance.

Currently more than 200 cities and 17 states have ordinance that bar discrimination based on sexual orientation and gender identity.

Mayor Lenny Curry said during his campaign he saw no need to change the law. But he recently said during an interview he wants to take the pulse of his citizenry. He has not said whether he would sign an expanded ordinance if it was passed.

The ordinance is expected to go before the City Council early next year.

For future reference this information is available on the main page of the website at:
www.fctpcommunity.org

YOU DO NOT HAVE TO HAVE A FACEBOOK PAGE TO VIEW YOUR FCTP PAGE.

CLICK THE LINK BELOW OR CLICK ON THE "F" LINK UNDER HELPFUL LINKS ON THE RIGHT SIDE OF THE HOME PAGE.

Visit us on your Facebook page for daily news and general information:
https://www.facebook.com/pages/First-Coast-Tea-Party-Inc/1174774949..

Happiness is dependent on self-discipline. We are the biggest obsta...
Dennis Prager

Increasing the number of happily married gay couples is not the goal of gay activists! 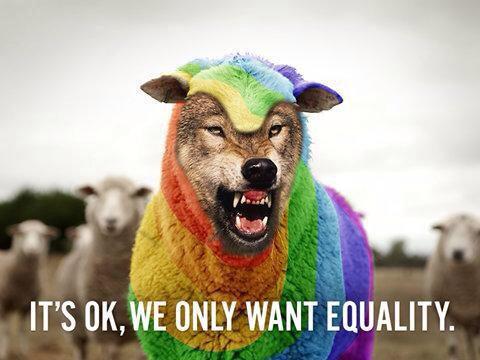 Once again Conservatives are allowing liberals to drive, guide and define issues.

It is not just Christian Conservatives that are against perverted people picking and choosing which restroom they want to use.  Many people that are not aware of what this issue really is about are against what it allows.

But, Christian Conservatives need to get all people whether Christian, non-Christian or of no religion that do not want perverted people using the same restroom facilities with them and their families.

Don't let this issue be viewed as strictly a Christian issue.