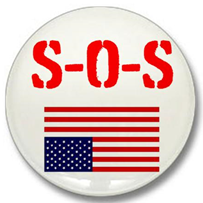 Franklin W. has not received any gifts yet

The morning after the 1976 convention, I was in the hallway headed for Dad's hotel room.  I thought he might need some cheering up after the disappointment of the previous day.    Or maybe I thought he could cheer me up.

Before I reached the door, he emerged from the room, jauntily attired in a white linen jacket, tan slacks, shirt & tie.  The ever present Reagan twinkle was in his eye.  He hardly looked…

Obstruction of justice and withholding evidence from a Congressional investigation

SHAME on PARENTS with kids in public schools !!

SHAME on the parents of kids in our Duval school system for abandoning their kids and not organizing a protest in front of every school in the Duval county school system.

Parents and their concerned neighbors should be taking action against this "Kingly Decree".  Parents should hold their kids out of school and take them to their respective schools and protest…

It's not just a federal government failure.

"Nothing could so far advance the cause of freedom as for State officials throughout the land to assert their rightful claims to lost State power; and for the federal government to withdraw promptly and totally from every jurisdiction which the Constitution reserves to the States."

Excerpt from "The Conscience of A Conservative".   by Barry Goldwater. 1960

Many are attending the "Give Me Liberty" conference from all around Florida and some from other states as well.

If you can't make it, watch the conference on the Internet.  View live streaming at http://freeflorida.org/2015 Saturday, June 6 beginning at 11:00 AM

Thank you very much Franklin!  Your support is much appreciated!  You have no idea!

WITHOUT GA WE MAY LOSE CONTROL OF THE SENATE!