BOTH SHOOTER'S FATHERS DUE TO TESTIFY IN LIE*BOR - COINCIDENCE? DOUBT IT

As horrible as this is, it still looks planned to the minute.  Way too much evidence coming in to dispute an actual unplanned shooting.

This time there were police on the property in CT BEFORE the first shot was fired????, the shooter had one gun at first report, then they decided to increase it to two handguns??????? then that wasn't good enough so they put in a .223 rifle. More keeps being added as time goes on????  The kid, was on medicines (may have been mind control meds?) and did not work but yet had $3,000.00 worth of guns, ammo and body armor............Starting to sound more like the CO shooting. Then both of their father's were due to testify in front of Congress in the LIE*BOR scandal. I can not on any given day carry 100 rounds of ammo on  me and I am a hunter, how did this scrawny kid manage.......................hmmmmmmm

The CNBC CEO's two children were killed because they aired the 47 TRILLION dollar lawsuit against the banks and the nanny is in a forever unconscious state.

I guess it's all a coincidence.

I am afraid many others left for the same reason.  No one wants to be involved in a discussion with someone on the left non stop and someone who says very negative things about people who share their ideas about what is going on.  We may not all agree with everything, but we do our best to present blogs with information that is out there and our take on it.  I am never bothered by those who do not agree with me, but calling anyone a nut job for their beliefs isn't exactly a discussion that will bear fruit.  Finding contrasting info might be more helpful or contributing information from other sources or well, there are any number of things that could be done, but name calling does not result in a happy place to come and share ideas.

Patricia, that is why this country is failing.  Everything gets the go ahead today.  When you abuse others it's morally, ethically usually legally wrong.  Amanda hit two out of three and this has been going on for a long time.  People should not be abused by another human - ever, it's just wrong.  I don't bother coming on here because she has so much negativity and abuse that it's just not worth it. I can do that with any of the MoveOn people any day I feel like "going to war."  People have their own thoughts and opinions which is fine, however, when you cross that line, it's time to go. Nobody has spoken up or done anything for far too long.  If she does well in the community, then that is where she should funnel her energy, here is not the environment for her. I am into far too many projects to have to fight every time I come on and I have avoided this site like the plague because of Amanda for a long time, no more! Civility and respect are wonderful things.

Holly, it's ok.  Please don't take what Amanda said to heart.  I disagree with a number of things she said and think the statements are truly naive, but that seems to be a problem we have as a country.  So many people do not believe there is anything wrong at all and actually think the global warming hoax isn't one (and it was proven to be a hoax.........kind of like I remember the next ice age thing they did to us when I was in school/it was downright scary for a kid but I think it was probably the same group of nut jobs).   I don't know what is with Amanda as she really wasn't as left leaning when she first came on the site, and she really does much good in the community.

I should have put a question mark after the Subject Line meaning was there any question. My fault!!!

Shooter also had Asperger's Syndrome and may have been psychotropically medicated?  Will add another blog about that.

Actually Holly, I just got this from C2C: 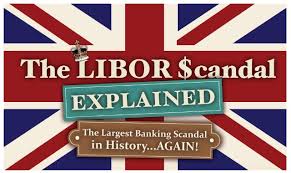 The following story has been thoroughly checked as accurate.  Feel free to check this posting yourself links are provided below.   This has really 'horrific' implications if it is true.


The father of Newtown Connecticut school shooter Adam Lanza is Peter Lanza who is a VP and Tax Director at GE Financial.

Both men were to testify before the US Sentate in the ongoing LIBOR scandal.

The London Interbank Offered Rate, known as Libor, is the average interest rate at which banks can borrow from each other. 16 international banks have been implicated in this ongoing scandal, accused of rigging contracts worth trillions of dollars. HSBC has already been fined $1.9 billion and three of their low level traders arrested.

Echos of the Batman Massacre – James Holmes father a high priest of computer economics at FICO – Allegedly investigating the LIBOR scandal which has indeed faded after the Aurora shootings...

According to Yahoo news, the alleged shooter at the Sandy Hook Elementary School, Adam Lanza, is the son of Vice President of GE Capital, Peter Lanza. Peter Lanza is also a partner at Ernst & Young, and major accounting firm. The older brother, Ryan Lanza, is also reported to be employed at Ernst & Young.