To my fellow tea party members of Duval County.  This is the email I wrote to the City Council members.  Please take a moment and write, call or visit your City Council Member prior to next Tuesday night.  This will be the last night for voting on major bills before them - which have been rushed through at a fast and furious speed.  There are Pension bills, Transportation bills, Bank-moving bills, and many more which can be found at: …

You might remember a song from a few years ago by Bill Engvall, called "Here's Your Sign!" He could add a verse or two about the Department of Transportation. While most Americans are tightening their belts, a delegation from DOT was shopping for new ones during a 17-day jaunt to photograph billboards. The 12-member delegation, which is part of the International Scam Scan Program (ISP), is said to cost somewhere in the…

The President quipped last week that part of the reason why his stimulus plan didn’t work was “the shovel ready jobs weren’t as shovel ready as we thought.”    Since Obama has no business experience and hasn’t ever created a free market job, he’s totally befuddled why none of his economic plans are working.   Even the…

City Council Bill 2011 361 Regional Transportation Center; more info on the background. You will be shocked!

If you want to see the "Plan" and this very much looks like something from the Peyton "reign" .... 2006, go here and scroll down to the article with pictures (hmmm is it just me or is parking missing totally from these pictures?).
http://www.dot.state.fl.us/trafficoperations/Newsletters/2006/02_2006/02_2006.shtm#D2
Below info is primarily from this link, and various…
Continue

Pensions in the News

Pensions in the News

Lame Duck Ahead, Please Slow Down

The First Coast Tea Party has many blogs going on about issues the Lame Duck City Council is taking on - here at the last hour of their term.  A Lame Duck typically means you slow down and allow the next City Council to take on the larger issues facing the city.  These larger issues…

NOTE THE FOLLOWING ACTIVITES WHERE YOU CAN GET INVOLVED

Please note the following meetings/events happening next week.  We hope you will get involved.  There are many opportunities to find your niche.

Can Someone Remind Me; Why Do We Need The Federal Reserve?????

This is from Personal Liberty;

It's All A Democrat Lie; U.S. Has Earth’s Largest Energy Resources

This is a recent article from The Energy Tribune. The numbers are based on a new report from the Congressional Research Service (CRS). There are graphs and charts available at the link that did not transfer over which show the numbers more dramatically. By the way, the shale oil deposits that are not included in the numbers in this article are estimated to be over 800 Billion barrels, that is per the U.S. Department of…

This is a powerful video on the subject.  Please watch and research Agenda 21.

Here is a smear piece by Bohemian on Agenda21ers.  Also, the second link is the actual interview.

Happy Father’s Day to all the dads out there.

For those of you who get to spend the day with your dad, give him an extra hug on behalf of us who don’t have our father with us anymore.  Enjoy every moment and spend a few extra with him if you can.

“Why Aren’t You Speaking English?”

A Texas senator is receiving praise and criticism.

Texas senator Harris questions a speaker who is apposed to the sanctuary cities bill currently being processed in the Texas house and senate, makes his plea in Spanish with an interpreter.  Sen. Harris questions him and finds out the man has lived in the United States 23 years, but he is not speaking… Continue 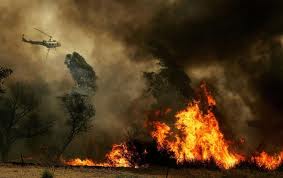 California is known for their large fires that destroy forests and homes at least once a year during “Fire Season”.  I question why the heck people would live in California.  Every year it seems to be the same story yet people still build and develop in areas that are prone to fires.  Californians are…

CITY COUNCIL - Committee of the Whole

SPECIAL MEETING OF THE WHOLE COUNCIL…

ALERT TO A VERY DANGEROUS BILL BEFORE THE CITY COUNCIL; Bill 2011-368

I AM TAKING THE LIBERTY OF PULLING THIS FROM THE EVER BANK BLOG, BECAUSE IT IS HIGHLY IMPORTANT THAT PEOPLE REALIZE WHAT IS GOING ON CURRENTLY AND THE NEED FOR PEOPLE TO BECOME INVOLVED.  THREE OR FOUR OF US CAN NOT STOP THIS FREIGHT TRAIN AND A COUNCIL MEMBER HAS LET US KNOW WE NEED TO SHOW UP IN REAL NUMBERS AND SPEAK (NOT JUST SPEAK BUT SAY THINGS THAT LET THEM KNOW WE KNOW WHAT IS GOING ON).  THE CURRENT CITY COUNCIL HAS NOT IDEA OF THE RAMIFICATIONS OF WHAT THEY ARE DOING.  PEYTON WILL…

This article is from our friends at Personalliberty.com;

Who Shot The Dollar?

Although no suggestion of wrong doing was made, this whistle blower group suggests "SMG needs stronger oversight and routine audits to avoid the financial mismanagements".  This is a long term contract for SMG who has the contract for the stadium, and the Taxation, Revenue and Utilization of…

Go to the Cut Cap Balance web site now - tell your US Senator and Rep. not to raise the debt limit

Please, Stop what you are doing and go to the following website:

While driving home from the Mandarin Tea Party Meeting (Great Meeting!!), Senator Jim Demint appeared on the Mark Levin program to announce a new program for every one of us to tell our US Senators and Representative to refuse to raise the debt limit as follows:

The First Coast Tea Party and The Jacksonville Elections.

Eight months ago The First Coast Tea Party stumbled and fumbled through their first interaction with the Jacksonville City Council in an attempt to stop a second 9% tax rate hike in two years. It was initiated with a rally in front of City Hall. The Tea Party was told they are too late to stop the tax increase and it was passed with a .5% decrease at the September 28th meeting of the council. There were four or five television stations at that rally in Heming Plaza with news crews…